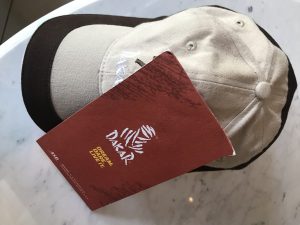 The final Special  stage wins achieved by Kevin Benavides in the bike race, Ignacio Casale in the quad category, Toyota’s Giniel de Villiers in the car race and Iveco’s Ton van Genugten in the truck category did not affect the positions at the top of the rally’s hierarchy. Matthias Walkner became the first Austrian winner on a bike, with Austrian brand KTM continuing to dominate the event thanks to a 17th consecutive success. For its last participation, Peugeot also retained the title, but this time only one of their cars was on the podium, namely the 3008 Maxi driven by winner Carlos Sainz. Under threat until the day before the finish from Iveco’s Federico Villagra, in the end Eduard Nikolaev obtained a third title behind the wheel of his Kamaz. As for Chilean Ignacio Casale, to win his 2nd Dakar he dominated the general standings from start to finish.

In total, 185 vehicles completed the 40th edition: 85 bikes, 32 quads, 49 cars including 6 SxS and 19 trucks, meaning 55% of the competitors that set out from Lima two weeks ago reached the finish.

More open than ever before, the bike race soon produced its first surprise with the premature exit from the rally of Sam Sunderland in the dunes of San Juan de Marcona on only day 4 of the rally. The title holder and winner of 2 out of the first 3 stages left the field clear for a hungry chasing pack led by the new guard represented by Adrien van Beveren and Kevin Benavides. The two men challenged the usual domination of KTM, exchanging the lead in the general standings on several occasions. This battle was interspersed with exploits from Joan Barreda or Antoine Meo, before an intense and devastating tenth stage. A day which should have allowed the young Argentinean to triumph in his home country instead put an end to his hopes due to a terrible navigational error in the river beds of Belén towards the end of the special. He dragged a good number of the favourites down with him, including Toby Price, with Matthias Walkner and Van Beveren the only leading riders to come out unscathed. However, the Yamaha rider did not remain unharmed due to a terrible fall 3 km from the finish, which put the Austrian in sole command of the Dakar. Controlling the race perfectly up to the end of the event, at the age of 31 years the Austrian has grabbed the biggest prize of his career, allowing KTM to continue an incredible sequence of 17 consecutive triumphs…

The day after his first stage victory and the 10th of his career on the Dakar, Sébastien Loeb was forced to exit the race, undone by the Tanaka Desert’s dunes! It was not the first or last dramatic turn of events in this unpredictable and untameable Dakar: Nani Roma rolled out of the rally early, on the loop around Pisco, whilst Stéphane Peterhansel lost the lead of the rally following an accident on the marathon stage at Uyuni. Even a dunes specialist like Nasser Al Attiyah got stuck in the sand around San Juan de Marcona and lost more than one hour after just four days of racing! In the midst of this carnage, Carlos Sainz put in a faultless performance which nobody had been expecting from him. “El Matador” was precise in his attacks, reeled in the lead and then controlled the race with assurance behind the wheel of his 3008 Maxi. In Córdoba, he climbed onto the top step of the podium that is strikingly similar to that of 2010, when the Spaniard also beat Al Attiyah (by just 2 minutes). Giniel de Villiers finished in the top 3 for the 8th time in 15 participations, while Stéphane Peterhansel missed out, after slipping off the podium the day before the finish.

With three consecutive victories on the first three stages, Ignacio Casale spread panic among his rivals in the quad category. Sergey Karyakin, the distanced title holder, exited the rally injured, just like Rafal Sonik, the winner in 2015. In imperial form in the dunes, the Chilean was also able to boss the rest of the pack, whilst allowing leeway for expression on their home terrain to two young Argentineans who represent the future of the discipline: Nicolas Cavigliasso, 26 years old, and Jeremias González Ferioli, 22. The three men made up the final podium in this order.

Eduard Nikolaev started his eighth Dakar at one hell of a pace. Thanks to imperial performances in the Peruvian dunes, the 2017 champion soon opened up big gaps over all his rivals, except for the tenacious Federico Villagra. The Argentinean was the only driver able to take the battle to the Kamaz clan leader and had to grin and bear it during the first week, before putting the Russian under pressure as well as taking the general standings lead from him. However, a gearbox problem put paid to the Iveco driver’s hopes as he exited the race the day before the finish. This let Nikolaev triumph for the 3rd time on the Dakar. The runner-up, Siarhei Viazovich, finished the rally more than 4 hours behind him…

For the second year of the SxS category, Reinaldo Varela displayed superb consistency at the forefront of the category, with 5 stage victories enabling him to occupy the top step on the podium. The Brazilian was involved in a fierce battle with Frenchman Patrice Garrouste, who also picked up 5 stage wins.

Called up at the last minute by Honda due to the withdrawal of Paulo Goncalves due to injury, Jose Ignacio Cornejo Florimo did more than his duties on his second Dakar, following the 2016 edition. The 23-year old Chilean achieved several top 10 finishes. He also occupied this position in the final general standings of the rally. In a similar vein to Kevin Benavides, Cornejo could be the rising star that Honda needs to (finally) knock KTM of their perch.

At the height of his powers and leading comfortably in the general standings on the sixth stage, Stéphane Peterhansel lost everything in a crash on the way to Uyuni. Rather than give up, the Peugeot driver climbed back up to second place in the rally three days later thanks to his third stage victory of the year. However, the Frenchman nevertheless fell from the final podium on the penultimate stage starting in San Juan due to a violent impact with a tree. As a result, Peterhansel has finished his 29th Dakar in 4th place, far from his standing as thirteen times winner of the event. Indeed, the 40th edition of the Dakar could well be the last for “Mister Dakar”…

Stat of the day

Make way for the young! Following the departures of Marc Coma and Cyril Despres, a wind of change has been blowing through the bike category over the last few years. In 2018, more than ever before, youth has enjoyed pride of place in the general standings: 8 out of the first 10 riders to finish in Córdoba have participated no more than five times! Only Gerard Farréz is a genuine member of the older generation with 11 Dakar rallies to his name.

Quote of the day

Carlos Sainz: “I’m so, so happy. We managed to do it. I think I deserved this victory because we have put lot of effort into this car. I’ve had ups and downs, but I always tried my best. Especially this rally, it has been so, so hard. I don’t know if I’ll be back next year. Now I have to enjoy this victory, go back home, speak with my wife, with my family and then we will see. Also, Peugeot won’t be here next year, so we will see”.

Tweet The new DesertX motorcycle and the RS Q e-tron for the Dakar Rally. The designers of both brands have created an unmistakable, joint look for the motorcycle and the car.  Two unusual vehicles,... END_OF_DOCUMENT_TOKEN_TO_BE_REPLACED