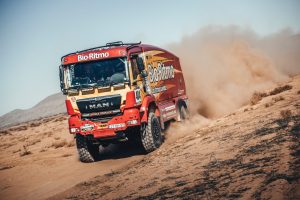 Tweet “It is often said that sport is a school of hard knocks. In this respect, the Dakar has more than anything else taught us the qualities of perseverance and patience that have allowed us... END_OF_DOCUMENT_TOKEN_TO_BE_REPLACED