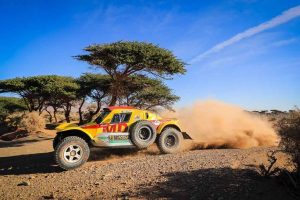 Tweet The new DesertX motorcycle and the RS Q e-tron for the Dakar Rally. The designers of both brands have created an unmistakable, joint look for the motorcycle and the car.  Two unusual vehicles,... END_OF_DOCUMENT_TOKEN_TO_BE_REPLACED