*Compiled and written by David Hayhoe

– Updated and extended second edition for publication by Veloce Publishing in early April 2019.
– Many new ideas: over 200 new sections, bring the total up to 1,260 sections.
– Over 100 pages bigger than the first edition.
– A section on drivers in trouble with the law. Amusing stories and some serious ones.
– A section on wildlife intruders, profiles of F1 drivers in the Olympic games.
– Stories of drivers who pushed their car at the end of a grand prix.
– Those who were descended from royalty and aristocracy.
– An expanded appendix of the development of regulations. 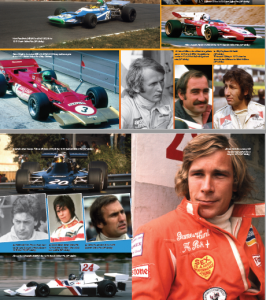 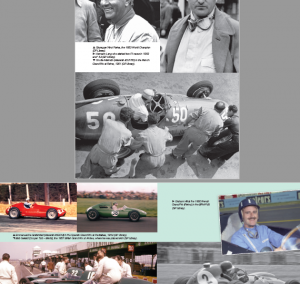 Three years after the 1st edition of TK appeared, this 2nd edition is due for publication in early April. This time, Veloce Publishing has taken it on.
The new updated edition has over 200 new sections and runs to 544 pages compared to 435 previously, with many new ideas of analysing the history of F1. The appendix on regulations over the years has much more detail. There are new sections on F1 drivers who have contested the Olympics, stories of drivers who pushed their car at the end of a grand prix, paragraphs on those who were descended from royalty and aristocracy.
There’s a section on wildlife, and how races were affected. Something else you might not have encountered in F1 books is ‘Drivers in Trouble with the Law’. There are some amusing stories here, the guy who clung to a F1 driver’s windscreen wipers, one who jumped into a ditch to escape, a few Lewis Hamilton incidents, the drivers’ meeting that was stormed by police blowing whistles… There’s tax evasion, fraud, problems with Mr Mugabe and some serious cases, involving prison and serious accusations which are separated from the rest. This law section runs to several pages.
The appendix on the development of regulations through the years has been expanded. There’s a completely new set of images with a front cover in tribute to John Surtees who we lost in 2018 and Fernando Alonso who ended his F1 driving career in 2018.

Tweet FIM Bajas World Cup, round 2 QMMF ANNOUNCES SECOND ROUNDS OF FIA AND FIM BAJA CUPS  LUSAIL (Qatar): The 2023 Qatar International Baja will be a counting round of both the FIA World and Middle... END_OF_DOCUMENT_TOKEN_TO_BE_REPLACED