Japan Racing Management Co., Ltd (JRM) and Hino Motors, Ltd. have announced that Yoshimasa Sugawara, JRM chairman, who has achieved to break his own record of consecutive starts in the Dakar Rally since his first entry 1983 has decided to retire from racing in the Rally. He will also be stepping down from his position as director of HINO TEAM SUGAWARA, the rally team that is jointly run by JRM and Hino, handing over his position to JRM president Teruhito Sugawara.

Yoshimasa Sugawara – the “Iron Man of Dakar” holds unprecedented records for the most consecutive starts in the Dakar Rally at 36 and most consecutive finishes at 20. These records have been recognized in the Guinness World Records.

Yoshimasa Sugawara commented on the decision: “I have decided to end my career in the Dakar Rally as of the end of the January 2019 event and clear the way for new racers. I will be handing over my team director position to my son, Teruhito Sugawara, who will also be in charge of selecting a new driver for the team.

I have been racing the Dakar Rally since 1983, and my collaboration with Hino Motors began in 1992. It was fascinating to be able to race in settings of such epic scale and travel around the world while doing so. I was captivated by the diverse range of people and cultures that I had the good fortune to encounter. Every year, I simply continued to hold the mindset, “The finish line is the start line of the next rally”, and before I knew it, 36 years had flown by. Words are not enough to express my gratitude for the support that I have received from countless people over the years, without whom I would have not been able to keep going.

I will be retiring from the Dakar Rally, but my career is far from over and I am committed to take on other challenges in the years ahead. Nothing would make me happier than for you to extend the same support that you have to the new team headed by Teruhito and my future activities.”

■Comment from Yoshio Shimo, Hino Motors: “I would like to extend my sincere respect for Mr. Yoshimasa Sugawara who has continued to inspire all of us with courage and for his spirit of challenge in taking on the Dakar Rally. I have learned many things directly from Mr. Yoshimasa as well as from the Dakar Rally events that we worked together on. In particular, the “importance of developing personal talents and teamwork” was etched into my mind after visiting the rally sites, and I am convinced that we must deeply embrace these qualities in Hino’s corporate culture as well.

Going forward, I intend to embrace the spirit of challenge that Mr. Yoshimasa has shown us, and continue our challenge in the Dakar Rally working with Mr. Teruhito Sugawara, our new team director.” 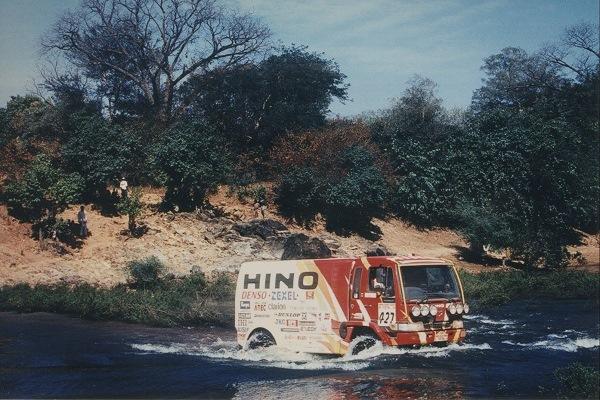 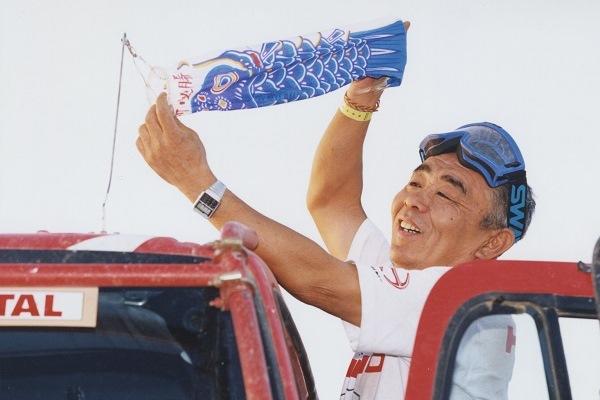 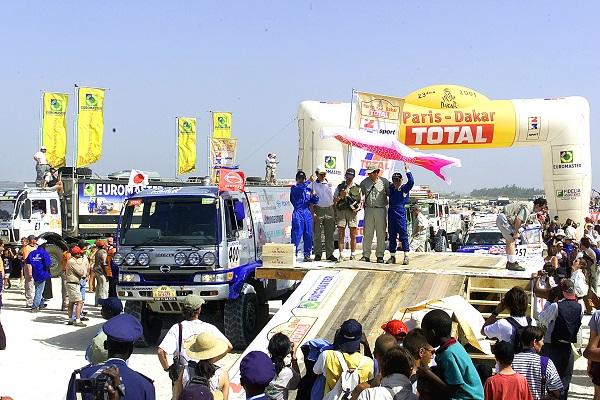 【Dakar Rally 2001】Yoshimasa Sugawara responds to the cheering crowd with his carp streamer
at the goal ceremony celebrating his second-place finish. 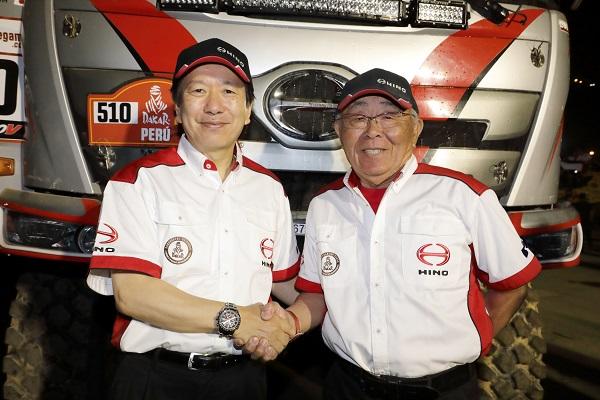 After numerous races in Japan and expeditions including a trans-Sahara Desert run, Yoshimasa started in the Paris-Dakar Rally for the first time in 1983 (age 41) in the Motorcycle category. Since then, he has entered the rally in the Cars category for seven events, and has been racing the rally on HINO500 Series trucks since 1992. He has had six second-place finishes in the overall Trucks category, and won seven championships in the Under 10-litre Class. He holds the Dakar Rally record for consecutive starts at 36 and consecutive finishes at 20. These records have been recognized in the Guinness World Records ®.

Tweet For the fourth time, the Instaforex Loprais Team will enter its Praga V4S DKR. A fully refurbished truck, with a different colour scheme, but without any major technical changes. The main... END_OF_DOCUMENT_TOKEN_TO_BE_REPLACED