Steffen Faas and Téo Calvet both took two victories and two podiums in what was a tight racing weekend at the Hungaroring.

A wet and slippery Hungaroring circuit saw a lot of drivers struggle with grip on Saturday afternoon, like Steffen Faas, who had a moment on lap 3 where he nearly went off but managed to keep his Scania on the track. He held off Téo Calvet to take the chequered flag in what was a tricky first race. The German did not only take home the win in the Goodyear cup, but also scored his best result to date in a FIA ETRC race as he finished a respectable fifth overall.

The conditions on Sunday had vastly improved and the field took to a dry track for the remaining two races of the weekend.

Steffen Faas drove a solid race to secure his second win of the weekend finishing ahead of Calvet in race 3.

It was a lights-to-flag victory for pole sitter Calvet in the final race, as he added another win to his Goodyear Cup tally ahead of Faas, to round up a successful weekend in Hungary.

Faas now sits on top of the leader board, 12 points ahead of Calvet. 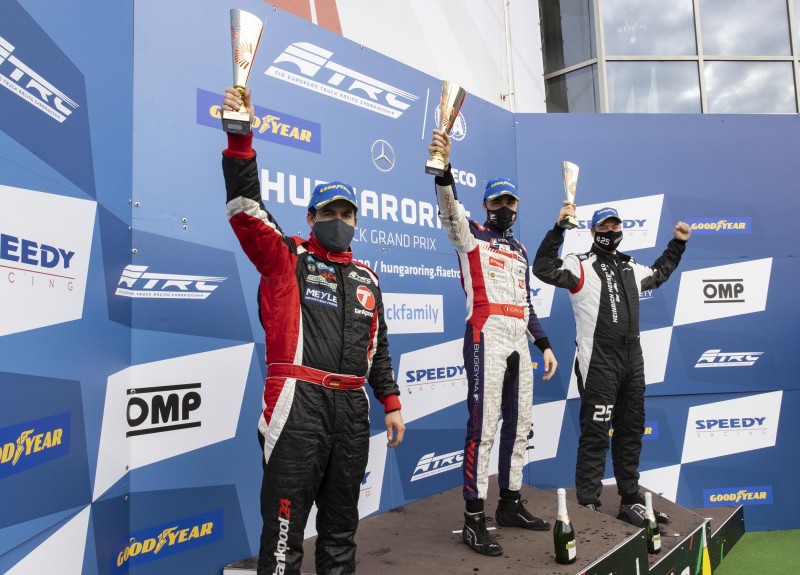 German racer Clemens Hecker added another two podiums to his tally in Hungary, with a third place on Saturday and Sunday.

After a somewhat slow start to the season in Most, Spaniard Luis Recuenco scored two podiums in Hungary, a third place in race 1 on Saturday and race 3 on Sunday. The Spaniard lost out on another podium finish in the last race, after he went wide in the closing stages of the race, which allowed Clemens Hecker to get through, and he then also got hit with a drive through penalty for track limits.

Czech racer Aliyyah Koloc had a tough weekend as she struggled with the slippery conditions on Saturday and then also had a retirement in the last race on Sunday.

Tweet Juan Pablo Montoya, Dario Franchitti and Alex Zanardi are just some of the star-studded names who have been victorious driving for Chip Ganassi Racing. In Sardinia, Kyle LeDuc and Sara Price... END_OF_DOCUMENT_TOKEN_TO_BE_REPLACED