Team Schwabentruck Iveco’s Steffi Halm has been racing trucks for the past 9 years and having won 10 races in the ETRC she is amongst the most successful women in an FIA championship.

Halm has been competitive from an early age and like any other successful athlete, Halm knows ambition is key to making progress: “I think I was ambitious as a child too,” said Halm. “I started doing sports at an early age and the desire to improve was always there. I always wanted to be the fastest in a competition and that’s why I also measured myself against the guys. You always had to put in the extra effort to keep up.”

After starting out racing karts and moving to single-seaters, GT and touring cars, Halm made her truck racing debut in 2011, carving out an impressive reputation as a quick and intelligent racing driver scoring 10 wins and numerous podiums. 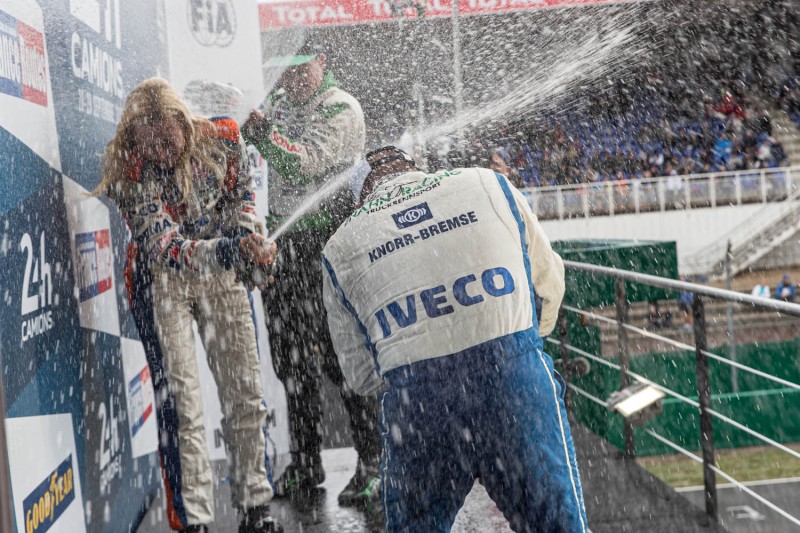 But Halm also knows that success doesn’t come overnight. “I wanted to win really quickly in motorsport. But it’s a long process and you have to understand that first you have to learn a lot. You have to learn every season and in every new series. It happen before that I got too hung up about it, and in truck racing you notice that immediately. A racing truck does not forgive any mistakes.”

It was only by chance that the 36-year old from Herrenberg got into truck racing when she was approached by a racing team close to her home town with the idea of competing in a truck race. “I thought why not and I gave it a try,” said Halm. “At first I thought that driving at speed with so much weight won’t work at all. However a great attraction for me in truck racing is to drive these heavy machines on the limit.”

The preparation of Steffi’s 5.3 ton, 1,100 horsepower IVECO S-Way race truck lies in the trusted hands of Judith Ehrmann. The 24-year old drives Team Schwabentruck’s new S-Way service truck and, as a mechanic, she is responsible for getting Halm’s truck race ready. 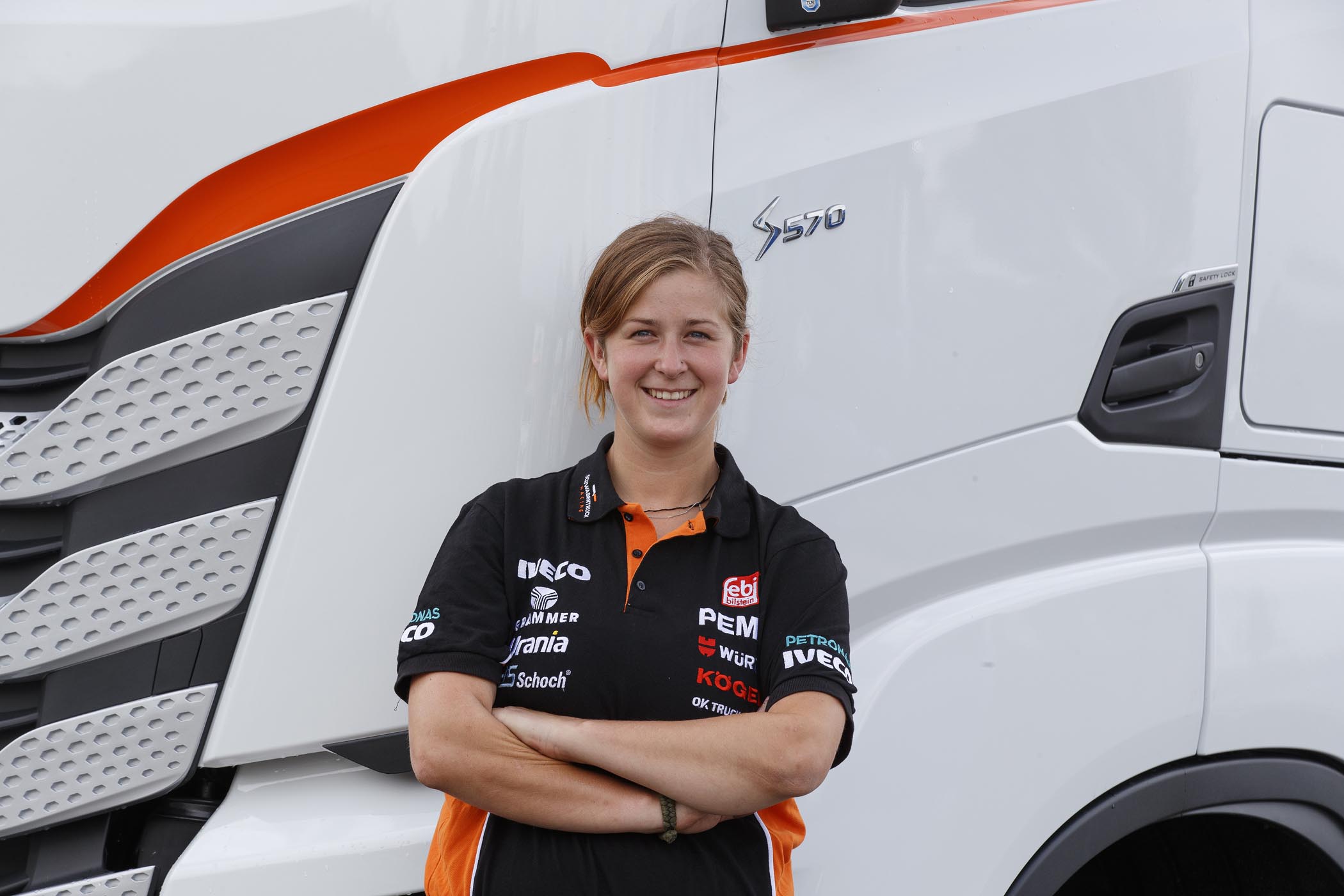 The ambitious car champion came to truck racing some four years ago. First as a temporary employee and after a year in which she caught ‘the bug’ she became a permanent employee at Team Hahn Racing before she moved over to Team Schwabentruck ahead of the 2020 season to look after Steffi Halm’s IVECO S-Way race truck.

Ehrmann got her truck and bus driving licence at the age of 20, so that she had it ready to go on her 21st birthday. Ehrmann says it’s important to be as perfectly structured as possible when it comes to the preparation of the truck on a race weekend. “The challenge in our job is time. On a race weekend we have a full on schedule and work under huge time pressures. However I make sure to take the time to double check everything, even if I’ve already done it. It’s really important that we align who does what and are as structured as we can.”

Even though the team’s brand-new IVECO S-Way only got to race at two FIA ETRC race weekends this season, Steffi has shown consistency with some encouraging top 5 finishes. 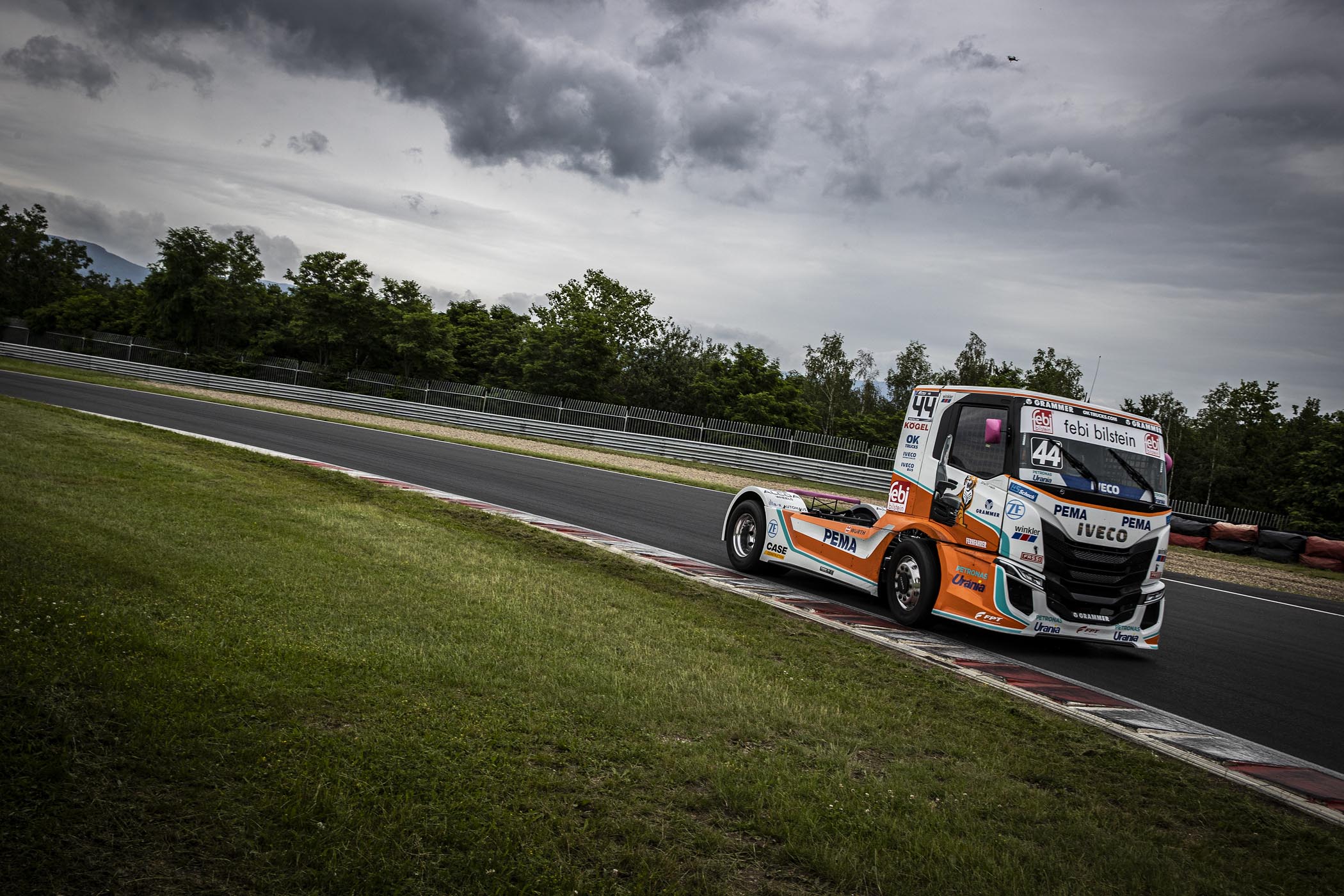 When she’s not racing a truck or fulfilling promotional activities, Halm likes to go back to her sporting roots of playing handball which is also her favourite way to keep fit. “I started handball when I was five and I started out in motorsport when I was nine or 10. I stopped handball because of motorsport. In the beginning, handball was very professional but I chose to focus on motorsport. I think it was the right decision and now I feel very comfortable with what I’m doing. I’ve had some great victories but I still want to become European Champion”.

TweetOrganisers, the ASO has announced the route and revealed the first information for the 2022 Dakar. The rally begins on 2nd January 2022 in Hail and ends on 14th January in the port city of... END_OF_DOCUMENT_TOKEN_TO_BE_REPLACED